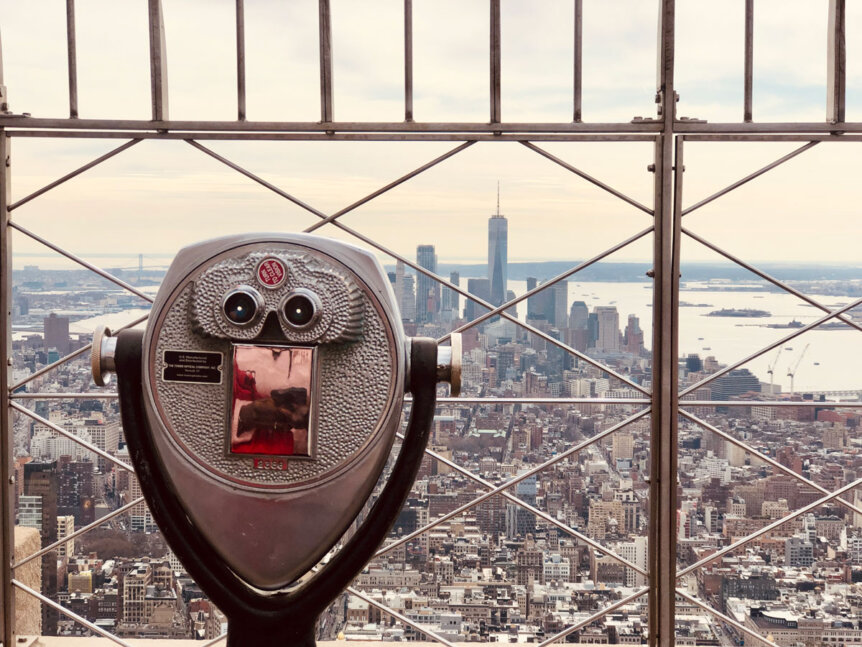 Considering a New York CityPASS for your next NYC trip? Sightseeing passes are a great way to save money while hitting up some of the best attractions in New York City at a steeply discounted price. There are a few attraction passes to choose from like CityPASS New York City which we cover in this guide to other competitor brands like New York Pass.

This guide breaks down the CityPASS in New York and its features including access to some of the most famous attractions, best NYC observation decks, museums, and things to do in New York City.

We will help you decide if this sightseeing pass is right for you and your trip and save you money as this is one of the best ways to enjoy the best of the city even if you’re visiting New York City on a budget (or not!). Don’t spend extra money if you don’t need to as many of the top attractions cost anywhere up to $50+ a person and doing a few can REALLY add up!

You can use the money you save to head to a show on Broadway, splurge on an NYC hotel with a view, or have extra shopping or dining money during your weekend in NYC or full-blown NYC vacation!

Disclaimer: This site contains affiliate links which means we may receive a small commission at no extra cost to you. 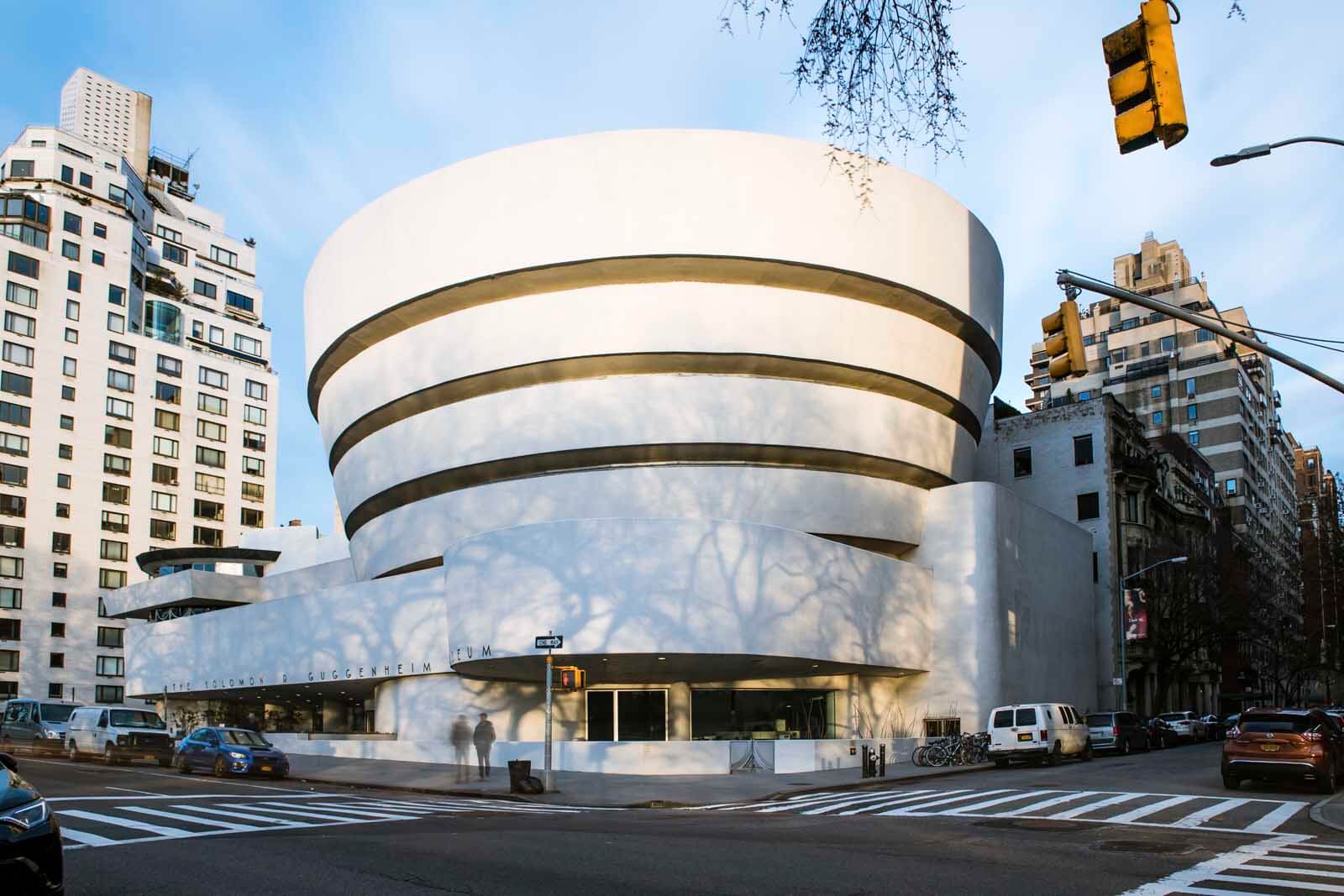 CityPASS New York City allows you to save money and skip the lines at some of the most popular attractions throughout the city, including The Empire State Building, Top of the Rock, and tons of museums!

On average, CityPASS NYC users save up to 41% and can quickly enter these popular attractions by scanning the tickets on their phones. Furthermore, getting a CityPASS in New York City is a great way to plan out your time in the big apple, especially if you’re already planning on going to some of these tourist attractions.

Another great thing about the New York CityPASS is that you don’t have to choose your activities when you purchase the pass online!

You simply have to choose between the 3 or 6 attraction pass. Then, after you make the purchase, you can choose which activities you’d like to save on.

If you get a CityPASS online, you can learn how to make reservations for each attraction on the travel guide. That way, you can rest assured that you’ve secured a spot at each attraction! Keep in mind that not all attractions take or require reservations. In that case, you’ll either have to wait in line or get VIP treatment where you get to skip the line.

After you buy a CityPASS online, you’ll receive an email that will let you make reservations for each activity that accepts them. That way, you can enjoy the flexibility of the CityPASS NYC while also planning out your time in the big apple!

This is also a great way to avoid buying tickets or waiting in long lines once you make it to each attraction. This is because if you bring a CityPASS ticket with you at each event, you’ll likely get advance admission at places like The Empire State Building and Rockefeller Center.

You are also more likely to get VIP access at popular attractions like Top of the Rock and tours of famous landmarks that offer private tours for smaller groups. 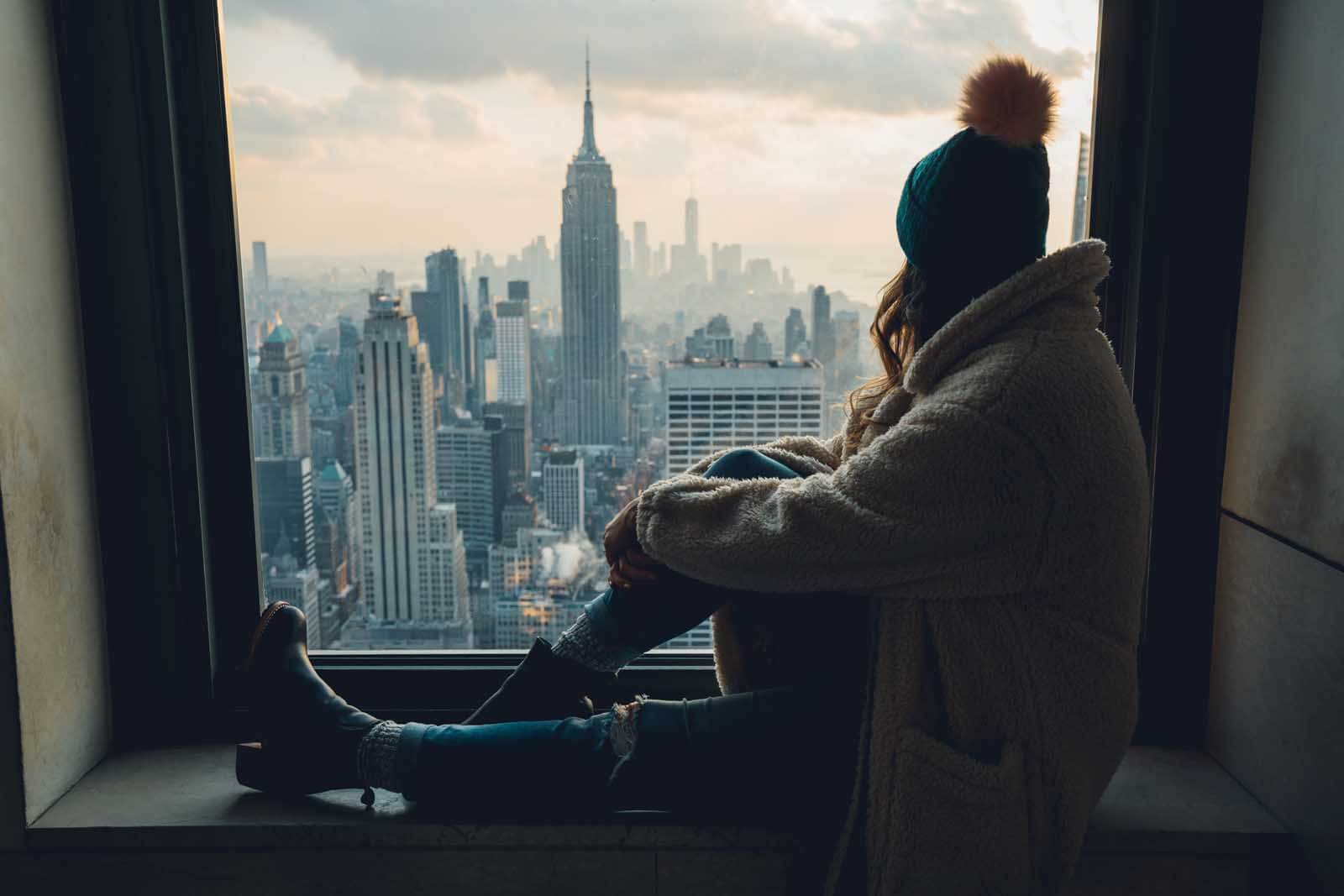 View from Top of the Rock

CityPASS is great for those who are looking to enjoy multiple attractions covering the best of the city on their trip. For instance, if you choose to go on a Circle Line Sightseeing Cruise, you’ll still have five tours to choose from!

You can go on 1 out of 5 of these guided tours: Best of NYC Cruise, Landmarks Cruise, Harbor Lights Cruise, Liberty Midtown Cruise, or Liberty Super Express. These guided tours will give you great views of the city as well as cover history and other interesting points of interest.

Keep in mind that both the city cruises and the Edge at Hudson Yards are exclusive to those with a 3 attraction New York CityPASS.

Since you’ll be able to see both The Cloisters and The Met, you’ll be seeing two attractions in one!

Something to keep in mind, if you are a New York, New Jersey, or Connecticut resident or student in these states, the amount you pay for The Metropolitan Museum of Art and is entirely up to you, so it may not be best to use your New York CityPASS on this attraction since its one of the few free museums in NYC for those residents!

However, keep in mind that the regular admission is $25 if you are not a student or resident in one of these states. The same goes for the American Museum of Natural History, you can take a night at the museum’s self-guided tour!

While getting a CityPASS, you’ll be able to choose the activities that you want to save the most on. You can also select the pass that best fits your schedule depending on how many days you’ll be in the city!

Keep in mind that CityPASS NYC is typically valid for a maximum of 9 days, and reservations will still be required at most attractions.

Once you purchase a CityPASS, you’ll have one year from the purchase date to activate the pass. Once it’s activated, you’ll have 9 days to visit the attractions and take advantage of the pass. However, you’ll still be able to skip the line & save on admission fees! If you choose to visit an attraction that doesn’t require or take reservations, you’ll likely be able to skip the wait that others have to sit through. 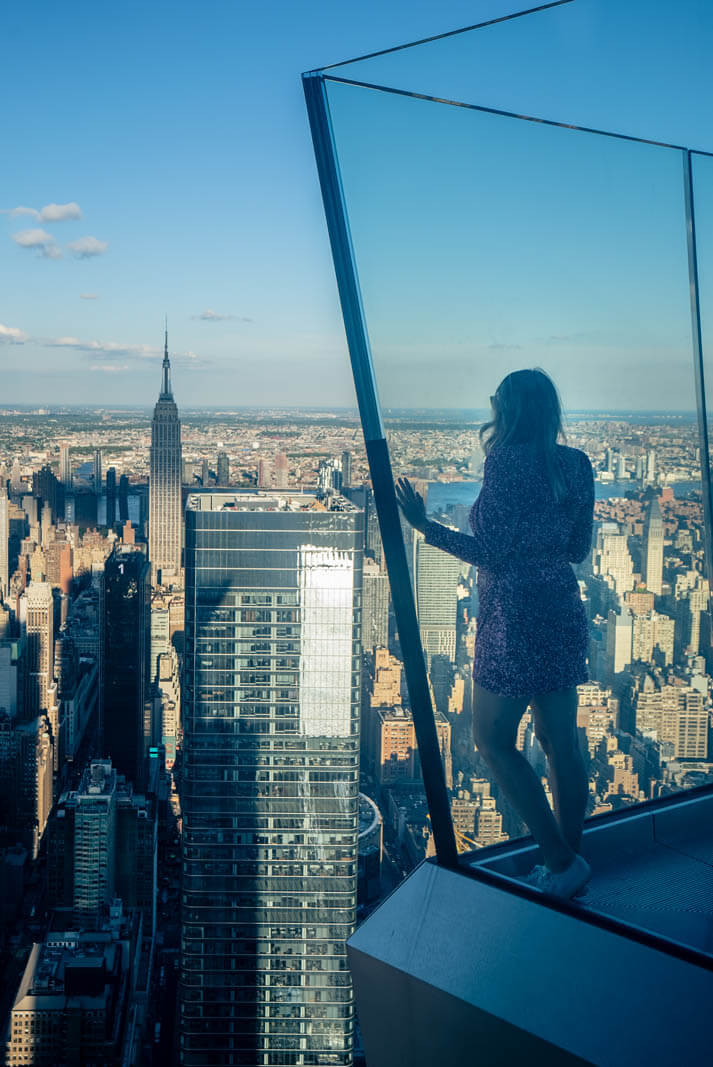 Since many of the biggest attractions in New York City are nearby one another, it won’t be hard for you to plan your days in advance and make the most of your time in the city.

After you choose the attractions and make the purchase, you’ll get a mobile voucher. You can also print the tickets from your phone once they arrive in your email. Once you arrive at your activity, be sure to have your ticket and your ID available at the front! This way, you can save on the admission fee and potentially skip the line.

Keep reading to learn what the best option for you may be!

This flexible pass allows you to purchase the pass right away and choose the three attractions later on. The attractions that you can save money on with this CityPASS in New York are:

If you chose to visit these six attractions on your own, they would cost $230.78. However, with the 6 attraction CityPASS, you’ll only pay $136! Although this CityPASS NYC option only gives you savings on up to six events, keep in mind that you can choose between various options as well!

On top of saving money on popular attractions throughout Manhattan, getting the 6 attraction CityPASS will also give you a $5 coupon on any NYC bus tour, 15% on any purchase in Bloomingdales during the nine active days of your pass, and 15% off & priority seating Patina Group Restaurants. These restaurants include Rockefeller Center and many more throughout the city!

Is the New York CityPASS worth it? 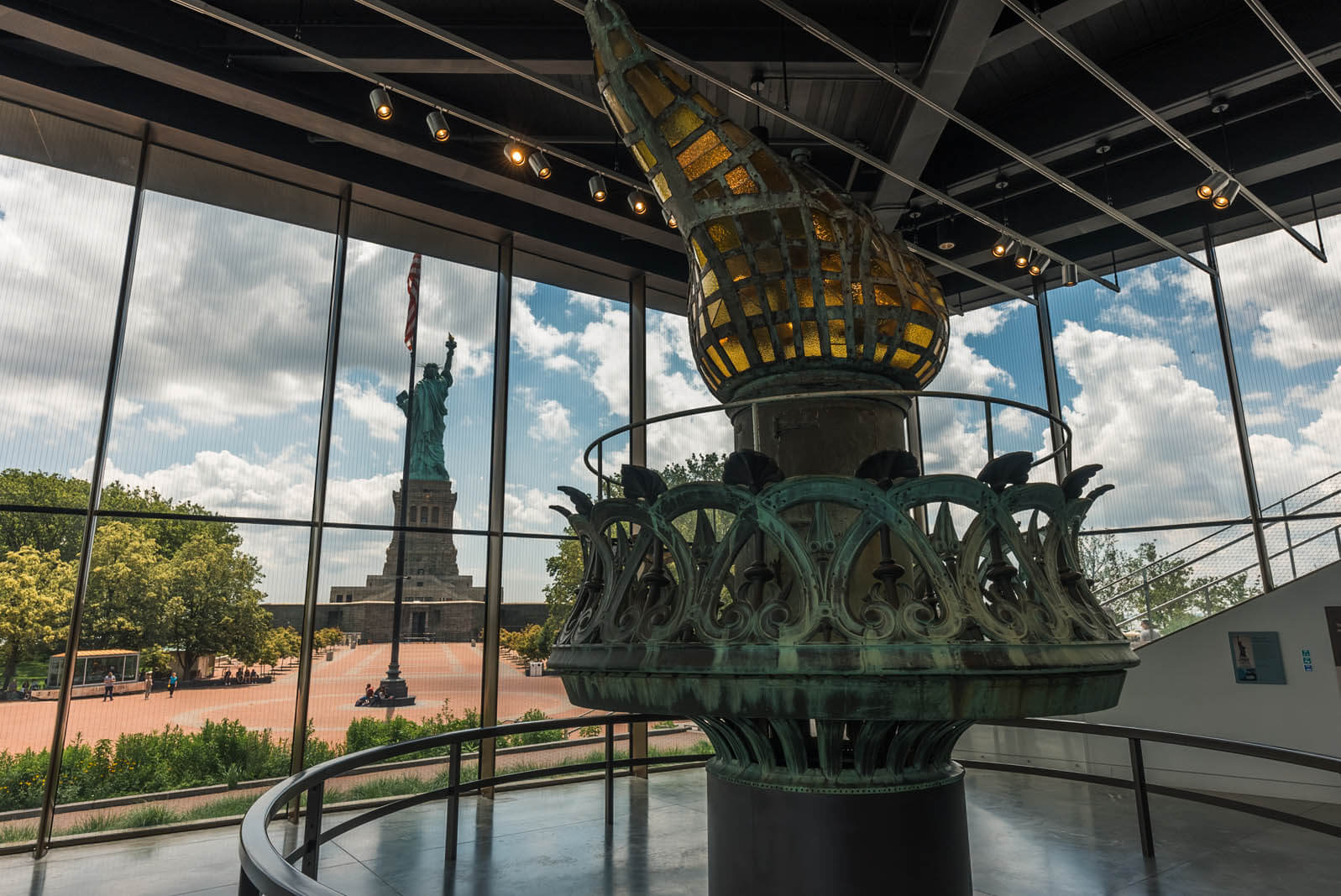 If you want to visit multiple attractions in New York City during a consecutive nine-day period, the New York CityPASS is worth it!

Once you get CityPASS NYC, you’ll be able to save hundreds of dollars on admission prices to exciting events. You may also be able to skip the line at some of the most popular tourist attractions!

Although the CityPASS in New York is an excellent option for people who plan on visiting a handful of attractions in one week, it isn’t the most practical option if you only plan on seeing one or two things in the city.

This is because the New York CityPASS requires you to visit either 3 or 6 attractions. So, if you only plan on visiting one or two, you can save more money by booking them individually!

Another thing worth noting is that make sure you understand which attractions are included on each CityPASS as it can be a little confusing and you don’t want to be disappointed if you buy a sightseeing pass that doesn’t have the attraction you were hoping to visit included especially since there are differences between the 3 attraction pass and the 6 attraction pass.