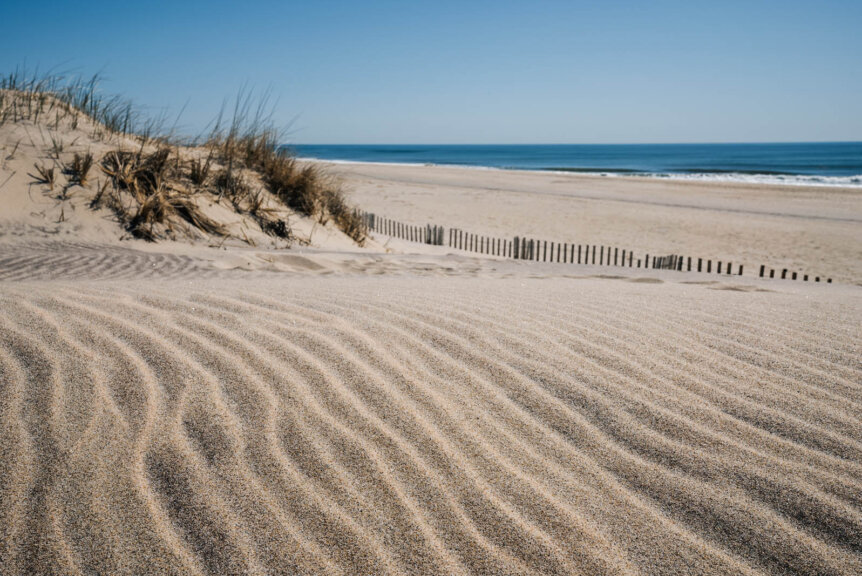 The Hamptons are easily one of the most popular weekend trips from NYC being conveniently located just a few hours from the city, many flocks to the white sandy Hamptons beaches and parties in the summer for the weekend or even a proper week-long vacation. It’s not just a summer getaway either, the Hamptons are also a great destination every season providing a different experience each season.

Also, see our guide to how to plan the perfect day trip to the Hamptons! We cover all the best spots to plan a day trip without a car (works if you have a car too!)

Where are the Hamptons? 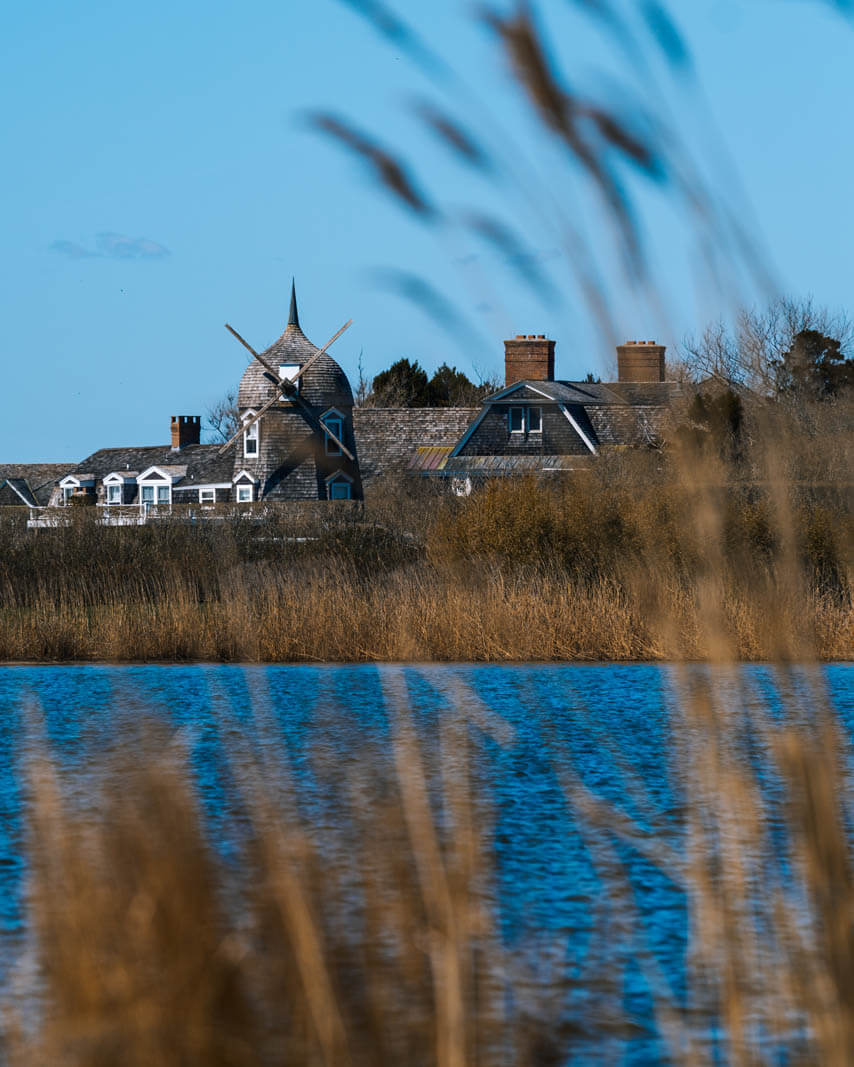 The Hamptons are on the southeastern end of New York’s Long Island. If you want to go from NYC to the Hamptons or Brooklyn to the Hamptons, it will take at least a minimum of 2 hours and 30 minutes by car or train, since the nearest part of the Hamptons from New York City is 80 miles east.

The Hamptons are made up of several towns including the popular towns of Southampton, East Hampton, Amagansett, Montauk, and Sag Harbor to name a few not to mention some of the best New York beaches!

Altogether, The Hamptons is made up of a series of beach towns and even islands on the east end of Long Island that total to about 100 miles.

How to Get from New York to the Hamptons 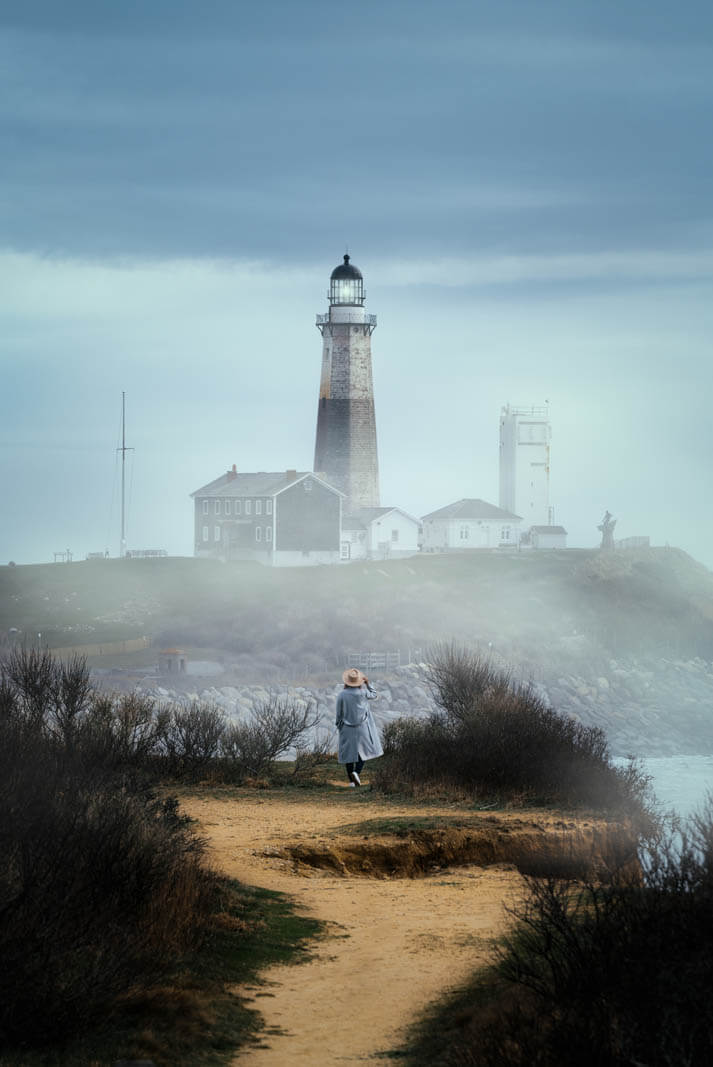 Depending on where you’re going, where you’re coming from, and what type of transportation option you choose, going from New York to The Hamptons will likely take you at least 2-3 hours.

Here are the most popular transportation options used to go to the Hamptons.

Drive to the Hamptons:

Whether you have a car or are getting a rental car, driving from NYC to the Hamptons is one of the most popular ways to get to Long Island and allows for the most flexibility.

Although traffic can slow you down, especially during the peak summer season, driving from New York to the Hamptons gives you lots of freedom and flexibility on your journey. It also gives you a great way to get around the Hamptons once you’re there!

Whether you’re traveling from Brooklyn to the Hamptons or from other spots in NYC to the Hamptons, there are a few main routes that can quickly get you there.

Without traffic, traveling from NYC to the Hamptons or Brooklyn to the Hamptons will likely take you about 2-3 hours or longer depending on what your final destination is.

To give you an idea, the fastest route from Brooklyn to the Hamptons is via the I-495 E. This drive will take around 2 hours and is 92 miles total. Keep in mind that if you’re going to Westhampton, the drive will be even shorter since it’s closest to Brooklyn!

Some tips to keep in mind, summer is peak season in the Hamptons and it’s an especially popular weekend getaway for the city! So if you’re leaving for your weekend or trip from New York to the Hamptons by car you will want to plan around obvious peak travel times, early in the mornings and late evenings are the best time to leave to avoid gridlock traffic the entire way.

The main highway on Long Island, New York State Route 27, stretches east to west from I-278 in Brooklyn to Montauk Point State Park, the furthest point East on Long Island. This is pretty much a 2 lane highway and can be bumper to bumper during peak travel times.

If you’re visiting in summer, try to plan around ‘rush’ periods and plan your trip from NYC to the Hamptons around leaving at less popular times to make the drive less painful, the same goes for heading from the Hamptons to NYC.

Pros: Offers the most flexibility, plus you have a car when you’re there!

Train to the Hamptons: 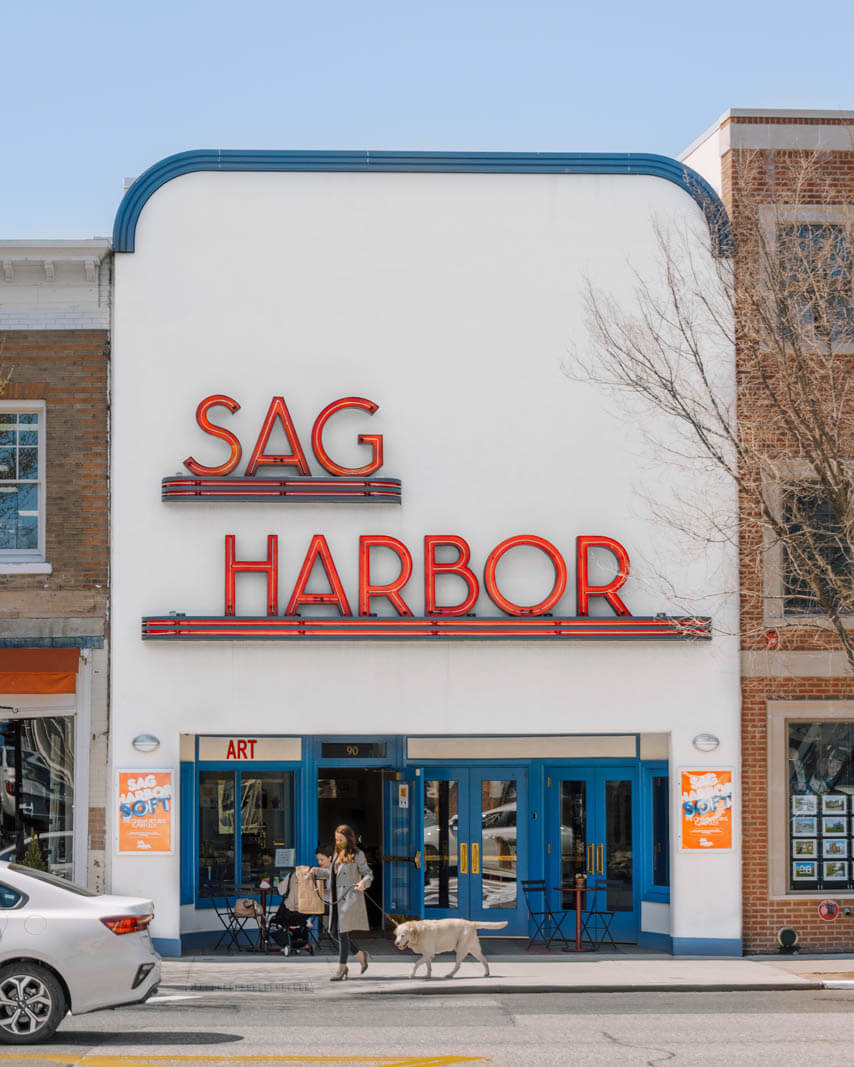 Another transportation option is to take the NYC to Hamptons train. The LIRR (Long Island Rail Road) is the most popular train to the Hamptons from New York City to multiple points in Long Island, where the Hamptons are located.

In NYC, the LIRR stops at Penn Station, the train station in Midtown West that runs from 30th to 34th street. The main entrance is at 7th avenue and 34th street, making it a convenient route from NYC to the Hamptons.

The train also stops at The Atlantic Terminal in Brooklyn, which is located on The Atlantic Branch, making it an easy route from Brooklyn to the Hamptons.

Below are the places that the LIRR stops in The Hamptons:

Before planning to catch the train to the Hamptons at a specific stop, be sure to book your tickets ahead of time and ensure that the station is running that day!

During the peak summer seasons, trains frequently run around 6 times per day. However, during the off-season, they may only run once or twice a day at most.

If you’re going from NYC to the Hamptons or the Hamptons to NYC on the LIRR, it will take 2-3 hours. The train terminates at about 3 hours once it hits Montauk.

Some things to keep in mind if you plan on taking the NYC to Hamptons train, during the summer, especially on Fridays Penn Station in Manhattan can be a mad rush. The LIRR doesn’t announce the assigned train tracks until 10 minutes prior to departure. Get to the station, have your tickets ready, and be watching the monitors at least 15 minutes before your departure so that when the train tracks are announced, you can easily get to your tracks without as much stress.

Another thing to keep in mind on the train to the Hamptons is that there is typically is a transfer at Jamaica, so if you’re not familiar with the trains in New York, you might want to try to get the train known as the “Cannonball” which is the express train that goes directly to the Hamptons without a transfer and saves around 30 minutes total on your journey.

Cons: Penn Station can be hectic on Fridays in the summer, possible transfer at Jamaica 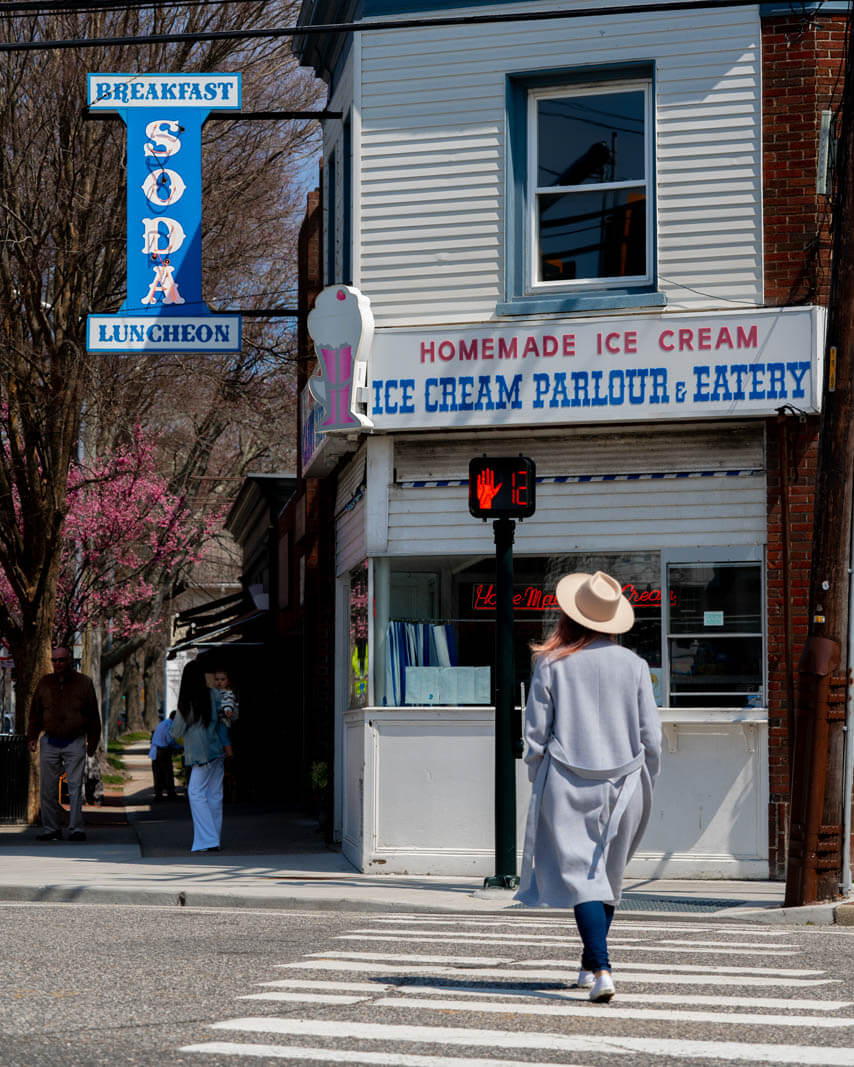 The bus option is the Jitney to the Hamptons! The Hampton Jitney is a large bus that offers 3 routes to and from the Hamptons to NYC and NYC to the Hamptons. The Jitney is actually a pretty comfortable option with wifi on board, bathrooms, and snacks all available on your journey.

A one-way ticket on the Jitney to the Hamptons is typically between $30-$40, depending on when you’re going and how many other people are trying to get tickets for the same day, demand causes fluctuation in the prices.

The Jitney to Hamptons takes passengers from NYC to the Hamptons in as little as 2 hours. Their current departure location is located on 40th St. and Lexington Ave. in Manhattan.

The Jitney to Hamptons has 3 primary lines:

Another bus option other than the Jitney to Hamptons that’s a little more luxe is the Hampton Ambassador which has more space and provides more comfort with wifi, snacks, and a bathroom like the regular Jitney to the Hamptons plus movies and alcohol.

Pros: affordable and actually quite comfortable with wifi and bathrooms 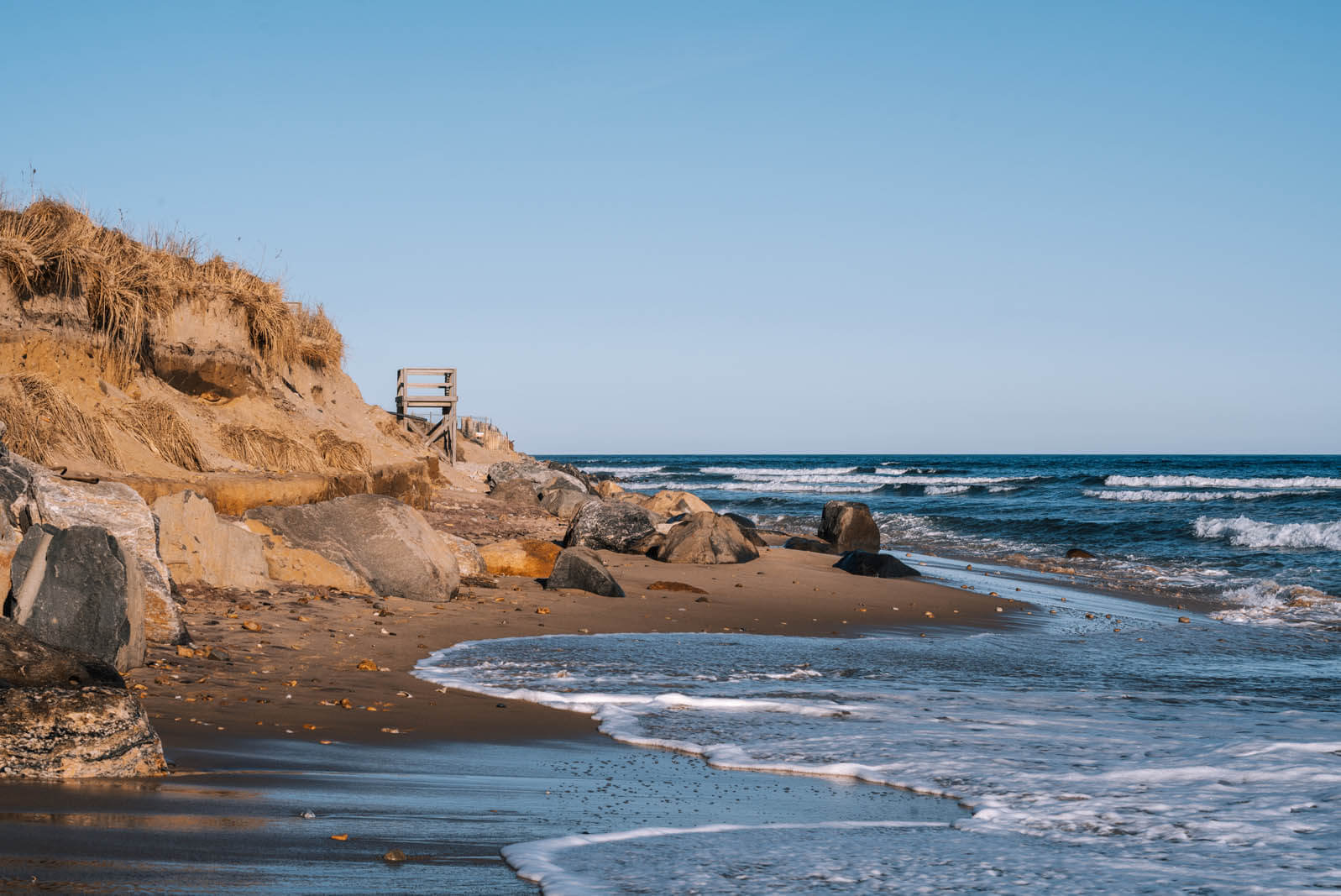 Many sea-based charter flights can easily take you from New York to the Hamptons. If you’re going from NYC to the Hamptons, this is a great option since the seaplane can take you to East Hampton, Montauk, Sag Harbor, and Shelter Island.

Each seat ranges in price from $500 to $1,500. Keep in mind that seaplane companies may have to cancel flights if there is bad weather.

The most popular companies to get a seaplane to the Hamptons include Fly the Whale, Tailwind Air, and Blade.

Keep in mind that their departure locations in Manhattan will vary depending on which seaplane company you choose! 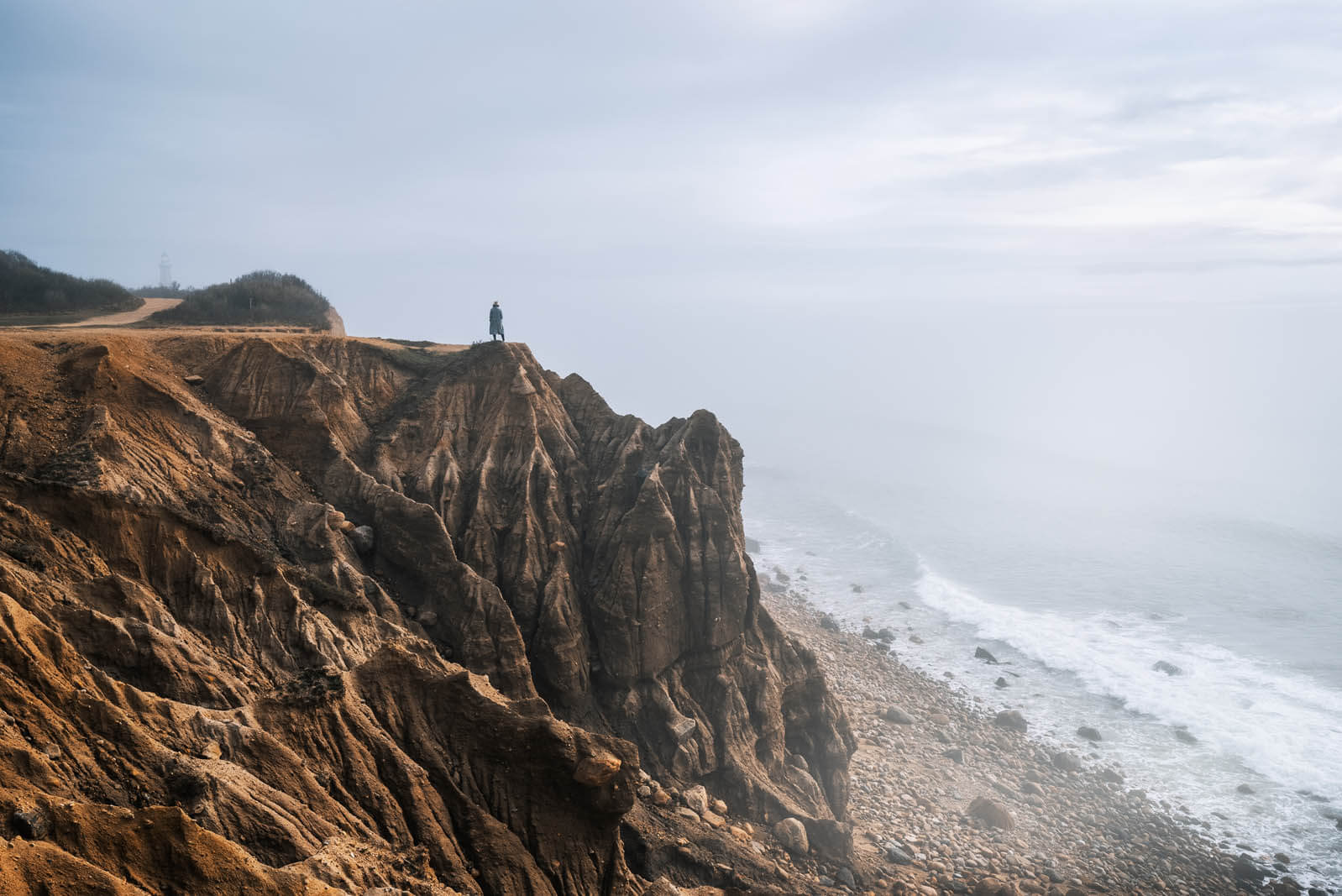 Ready for the quickest way to get from NYC to the Hamptons or the Hamptons to NYC? This might not be the most budget-friendly option, but in as little as 22 minutes, you can take a helicopter from New York to the Hamptons.

Many companies, including JetSmarter, Blade, and Shoreline Aviation, offer charters to the Hamptons.

Prices per seat typically range from $550 to $3,800. Most of these companies depart at all of the heliports in NYC. They also give you the option to get a private helicopter or share it with others. Most helicopters to the Hamptons will land in Southampton.

If you’re planning on going only to Montauk, consider checking our detailed guide for how to get from NYC to Montauk.